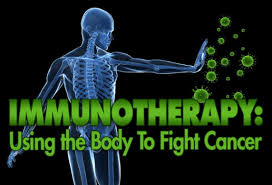 A strange thing about being diagnosed with cancer was that I didn’t feel I had it. At times I felt a bit of a fraud. I looked well, I had no hair loss, weight loss or any other classic cancer signs. I just looked like a normal person. But as I did have it, I was open to any help on offer. So soon after diagnosis I went and registered at the Mulberry centre in Isleworth, it’s a cancer support charity for anyone effected by cancer. I didn’t know what support I wanted, I was probably just going through the motions, but I had heard good things so thought I better sign up. I had only been out of hospital for about a week so my sister drove me down. As  we walked in  I noticed it had a lovely warm atmosphere. People are very inviting. I could actually imagine going there to relax. It has a slightly, lovely, meditating garden feel about it, rather than a grotty day centre feel. While there I saw a lady struggle to come in, she looked weak through, I was guessing the brutality of chemo, she had hair loss, was very thin  and I was standing there looking like I had a bit of conjunctivitis. See? A fraud. My cancer wasn’t bad enough to be there. I filled out the forms and left. I told my sister I was never going back. Those people were ill and I wasn’t. I didn’t want to be associated with cancer. Little did I know then that in a couple of months I would be attending the centre weekly.

The other time I felt a bit of a shock at being linked to cancer was before my treatment. Again with my sister we were talking about who I had told, who I still had to tell and who I couldn’t cope with telling, so  was hoping to delegate the task to her.  It’s a bit like organising a wedding,  who to invite, who not to invite, but obviously not as much fun.  My sister said “I haven’t told such and such you have cancer.” It physically stopped me in my tracks. I’ve got cancer?  Cancer? I hadn’t heard the word really since diagnosis and the 24 hours after. Now here it was being bandied about in the middle of a pyjama aisle in Marks and Spencer’s. I had cancer. When people describe being told they have cancer  being like a physical punch, they aren’t wrong, and the blows just keep coming to take the wind out of your sails.

I had mentioned before, that I had received a lot of support from the eye cancer Facebook group, that was set up by Ocumeluk, the eye cancer charity, and they were having a conference in September, just before my next eye appointment. I  had it sitting in my e-mails and I wasn’t sure whether or not to go.  I felt strange being associated with cancer. I didn’t want to be associated with cancer and  I didn’t want to be frightened by ill people and be standing there like a fraud again. But after my last eye scare I needed to arm myself with all the information available to me while I was in a mentally stable place to take it all in. Also I felt I had made a few friends in the group and they had said they were going. So a little bit like a kid in the playground saying “I’ll go if you do” and also because my husband  said he would come to hold my hand, I went.  I was really pleased I did. The ice was broken very quickly when a lovely man bumped into me with a cup of tea, “sorry didn’t see you there. Prosthetic eye.” I was standing there deaf in one ear while he spoke to me with sight only in one eye and I started to laugh. As we spoke I realised I actually couldn’t tell which eye he meant.  I asked him which eye had been replaced as I did many people that day, the prosthetics are amazing. Really incredible. It was the first time I had ever met anyone else with eye cancer and there must have been over 60 of us in the room. Everyone was asking each other about their own stories.  Many people there had liver mets and were doing incredibly well on the immunotherapy’s. There were talks on various treatments, most of which went over my head, including one from my jolly liver mets guy. I was glad to see he was legit and I wasn’t seeing a dodgy quack.

I came away and for the first time I felt there was hope, a lot of it. I felt the same enthusiasm for the immunotherapy that my oncologist had and had tried to tell me about at the beginning of this process, when I had just wanted to punch him. Things are really moving on in the cancer world. A year down the line I don’t feel the same physical blow when people put me and cancer in the same sentence. It has lost its force to take the wind completely from my sails.  I know I still get scared at scan time, who wouldn’t? But there are treatments and plans and people working tirelessly on our behalf to find a cure and prolong our lives.  So cheers to the brainy scientists.Keep up the good work!