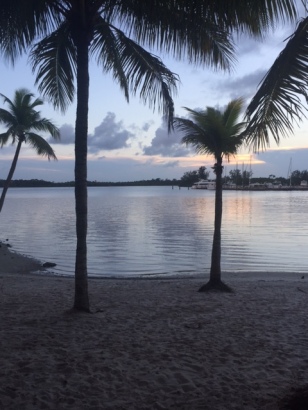 I’m aware it has been over a month since I last blogged. So put your feet up, it’s a long one. I’ve basically been enjoying myself on holiday and loving the summer with the kids. My eye and cancer have still been there but they haven’t managed to disrupt my fun which has been a huge relief. But now as September approaches, thoughts turn to back to school, waking up early, homework and my hideous check ups. So I thought I would do a summer catch up before my least favourite time of year comes round. Scans!

Over the summer holidays my eye popped its head up and gave me a few tiny waves, just in case I had forgotten about it and was having too much fun. But they were tiny waves, they didn’t cause too much of a ripple. The first happened on our second day whilst visiting Universal and Harry Potter land. I have always loved the rides and roller coasters but now I discovered that the wind blowing in my face causes pain. Pain in the bone, a little like sinusitis if anyone has ever experienced that? And it made me cross and irritable. How was I going to manage six days of theme parks with pain in my eye? How was I going to have fun with the kids who wanted to drag me on everything when I now felt like screaming from frustration rather than the thrill of the rides? My husband dragged me straight to the first aid unit at Universal to ask for paracetamol. When we had cleared up that it is called ‘Tylenol’ in the States, the cheery lady enquired as to whether I had a headache. I should have smiled and nodded but I wanted to thump her and scream “I wish!” My throbbing bone ache over my eye had made me really cross and she got the brunt. “No I don’t have a headache, I have eye cancer and the surgery I had last year has caused my eye to hurt on the rides!” There was a silence. Now I felt bad for her. I couldn’t take it back. She looked sorry for me. My husband thought she was going to cry. I felt guilty and suddenly wanted to comfort her, but instead with my hand pressed firmly to my eye applying pressure to ease the pain, I swallowed the ‘tylenol’ and left her to the next, hopefully far jollier customer. “I shouldn’t have said that to her” I was now moaning to an incredibly patient husband, who knew not to tell me that he agreed I was too abrupt, instead he joked that she would probably never recover and would spend the day in tears. My guilt eased along with the pain. The paracetamol did the trick and we returned to all the vomit inducing rides. Bizarrely I didn’t have to take analgesia for the rest of the holiday. I realised if I placed either my glasses on or a hand over my eye to stop the wind, I prevented the pain which we realised was from ‘dry eye’ a common condition after radiotherapy that causes the bone socket to ache. I’m lucky that I don’t suffer from it on a normal basis, as I know of many people that take drops regularly to ease this type of pain. Experiencing it for just that short amount of time made me realise how horrible it is. My eldest daughter suggested wearing swimming goggles on the ride if the pain continued, and I knew it must be bad when I actually considered it and wandered if they sold them anywhere in the park?

The second wave caused a slightly larger ripple. We were on the relaxing part of the holiday now, recovering from ‘Orlando’ and I had booked a massage. Something that I hadn’t managed to have on my last holiday due to my anxious state of mind. I can do this and relax I told myself. I can almost fall asleep. I can not think of cancer. And I did, until she got half way down my back and pressed to the right of my spine in a small localised spot that caused me to wince. “You gotta pain there honey?” Well I didn’t realise I did until she pressed it. She moved on and my mind started racing. Was that near my liver? Is something wrong? Have I developed mets? The people that I chat to on the forum haven’t mentioned small localised back pain. Have they? Anyone else who has never experienced the cancer scare wouldn’t  think anything more of it. Maybe they slept funny or twinged it somehow jumping in the pool. But I was now thinking how to get on google and look for physical symptoms of liver mets. The wifi was terrible where we were so I was just trying to rationalise it in my head. My last scan was four months ago, if something had developed it would be small, not large enough to cause symptoms. And are these even symptoms?  Put it out of your mind I told myself. Don’t tell anyone. That just makes it real. My head needs to go back in the sand until I get home. If I’m still worried I will just contact my jolly oncologist. And breathe.

Of course your mind doesn’t always do what you want it to do, in fact it never does what its bloody told. I was quiet, deep in thought without realising, not laughing as much. One evening the kids had gone to their room to get ready for dinner  and my husband and myself were sitting watching the sun over the lake. He asked if my eye was o.k. “It’s fine” I smiled. He had noticed. He was looking at me, he wouldn’t ask again, he wouldn’t force me to say anything. The lake was still, like glass, the sun was still hot, people had all wondered off to get ready, to eat, there were just a few stragglers enjoying the last bit of the day like us. I inhaled slowly as I thought I need to tell him, but will it ruin the holiday? Will my anxious thoughts now ruin his fun too? But I could see he was already worried. He knew something was wrong.  So I told him. “When I had my massage, it hurt in a small localised bit. I’m scared it means something.” I thought he would come up with some wise words to reassure me but my ever practical husband was suddenly shoving his knuckles in my back. “Where? Here? Here?” None of it hurt. “I think it was because I was lying flat and can you stop prodding me!” I was pushing his hands away. ” Your not a bloody doctor!” But I did stand up and feel my back, I couldn’t feel anything. I might have just slept funny? “Rufus you’re going to be fine” I could hear him say. You have that moment where you just can’t look at each other. You both have tears in your eyes. Instead we just looked out to the lake. The beautiful still lake. “Do you think there are alligators in there?” I looked at him. “Yes lets worry about that instead!”

We went to dinner, we laughed, we played ‘cheat’ and ‘black jack’ with the kids. A couple of days later I booked another massage. I needed to know. As she worked her way down my back I was holding my breathe. Would it hurt? Am I making a huge mistake as I will not be able to relax if it still hurts?  She pushed and squeezed and ….nothing. “No pain honey? You must have just slept funny” And she continued to massage and ease away my anxiety. So that was it. Two small ripples which were nothing in hindsight. And talking of sight that has got a little worse again. I’m probably blind form 11 – 3 in my left eye. But do I care? Not really. As always there are bigger things to worry about.  One of which  may be that soon I may need someone else to pour the bubbles for me. I don’t want to risk wasting any by missing the glass! Happy holidays everyone! xxx